And so it begins

Like thousands of men my age, I renamed my fantasy football team Client 9 (nee the Jersey Turnpikes) about two minutes after the Eliot Spitzer sex scandal broke last week.

By next fall, of course, Client 9 jokes will have come and gone more often than a high-priced hooker from the Jersey shore. See what I mean?

For now, though, there is still sport to be made of the fallen crusader with the pricey doin’ it habit. Our favorite so far is this ad, found by The Scotch Blog, for the 21-year-old Portwood from The Balvenie. Rumor has it the ad was submitted — but refused — by a financial periodical of some sort. 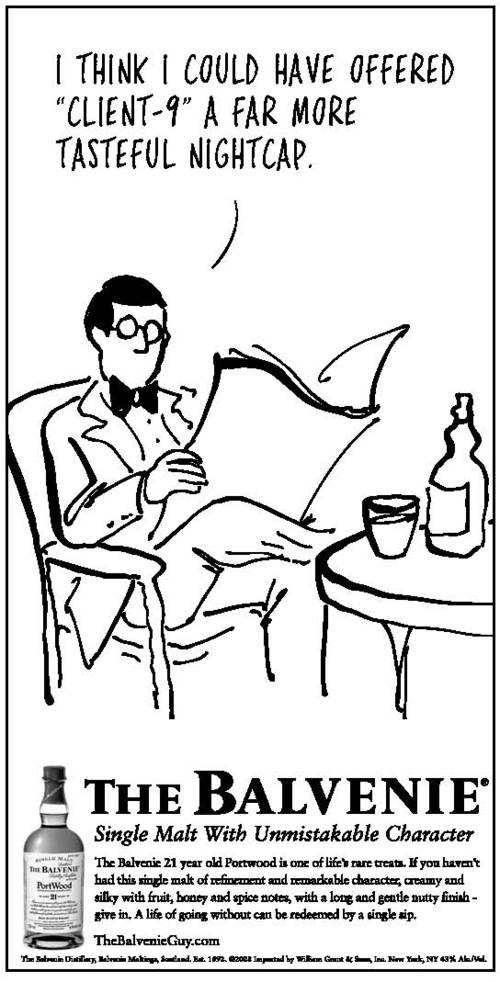 Laugh now. Soon it will get annoying.