Virginia Heffernan may be retarded 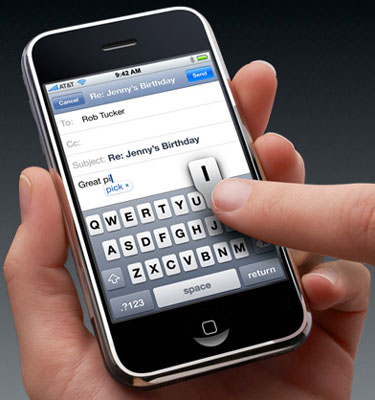 Despite my affection for the light saber application, watching Arrested Development on planes, and the other 8 million fun things to play with on my iPhone — I really don’t care if other people find the thing as awesome as I do.

For example, I can see why people who have to type a lot — or edit Microsoft Office documents — would prefer the BlackBerry. Or the Pre. Whatthefuckever.

But Virginia Heffernan of the New York Times has taken criticism of the iPhone to a whole new level of awesome with her recent piece “I hate my iPhone.” Heffernan used to be the TV critic for the Times, but is now heading up The Medium — a blog/beat about the full spectrum of digital media consumption.

Clearly, she is up to the task.

Wait, that’s not right. Clearly she is not up to the task. That’s what I meant. Anyway, here is why she hates her iPhone:

I was late to get one — and maybe that’s the problem. Maybe my hopes for the iPhone curdled in the time it took for my perfectly good T-Mobile plan to expire so I could switch to balky AT&T and purchase one. But I had bided my time. And, really, my enthusiasm survived right up to the moment at the AT&T counter, post-sale, when a saleswoman transferred my address book from my battered BlackBerry to the sweetie-pie iPhone.

“Can you set up my e-mail too?” I asked. She handed me the phone and told me what to type. Pressing her good nature, I asked if she’d do that part too, since I wasn’t yet handy with the iPhone’s character-entry system — the 2D screen-based simulation of the qwerty keyboard.

She gave me a hard look. Truly, as if she was supposed to be on the lookout for people like me. “It’s your phone,” she replied briskly. “It’s time you started typing on it.”

I know what you’re thinking. You’re thinking that this person — hired by the New York Times to produce high-minded analysis about how the digital age informs modern life — should not have to devote the 30 seconds necessary to learn how to operate the devices that deliver that media. That kind of work is for counter folk.

In fact, I can sympathize with Ms. Heffernan. The last time I bought a car, the salesperson refused to drive me home in it. Then there was that time I went to see Memento and the usher refused to sit next to me and explain what was happening. Or that time I went to clear the snow off the sidewalk and the shovel just sat there like it expected me to do all the work.

I hate my shovel!

I hate my iPhone [NYT]

Apple has the ballsiest lawyers in the world 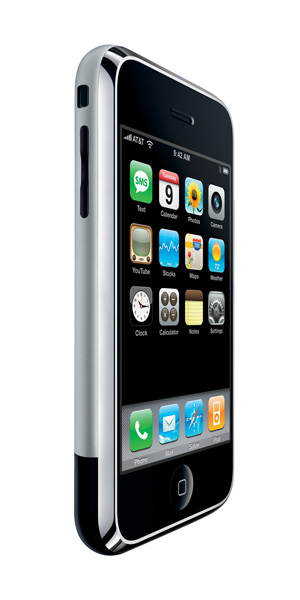 My love of the iPhone has been well documented on this site, and has only grown since the invention of the iPhonesaber and the espresso maker application (Note — not a real application in any way, shape or form).

I believe the iPod and iPhone are devices of revolutionary impact on the gadgeting public. But what truly sets Apple apart, in my opinion, is the company’s gargantuan brushed metal testicles.

Consider the following argument, delivered in court to defend Apple against charges that it misled customers with TV advertisements that claimed the new 3G iPhone was “twice as fast for half the price” when compared to the original version:

“Plaintiff’s claims, and those of the purported class, are barred by the fact that the alleged deceptive statements were such that no reasonable person in Plaintiff’s position could have reasonably relied on or misunderstood Apple’s statements as claims of fact.”

Apple: Our Ads Don’t Lie, But You’re a Fool if You Believe Them [Wired]

Oh it’s on for real now

This post is both a test of the new, improved iPhone WordPress app and a gentle reminder that the Giants will enter the 2008-2009 NFL season as reigning champions. 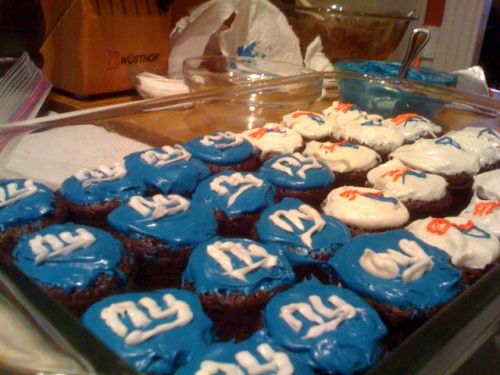 I spent much of my Saturday — between my ritual Roman olive oil bath and harpsichord lessons — checking out the new iPhone Applications Store. You may have heard about the app store from the breathless media coverage Apple gets whenever it farts in the direction of a new product, but I think most people have trouble understanding what all the fuss is about.

Maybe a look at the apps I selected (all free — I might buy the MLB.com app for $5, but I’m not sold yet) will help: 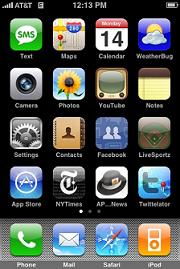 1. Facebook. The new iPhone Facebook application basically brings all of your Facebook functionality (status updates, friends, chat, and inbox) to a format that’s easy to use on the phone. In other words, you don’t have to go to the Facebook Web page on the phone and keep resizing everything. The best part of the Facebook application is that it is a handy way of keeping your contacts organized. Since your friends control their own phone numbers, email addresses, etc., you never have to worry that they’re out of date. Want to call your friend? Just find their page in your contacts list and touch their phone number on your screen. Want to email them? Same thing.

2. The New York Times and AP Mobile Web news applications. Basically these are just the top news stories, by category. You can customize by your own region or interests (sports, technology). The iPhone specific interface makes these stories much easier to read than most Web sites, and the Times has even figured out how to put ads in there without making them annoying.

3. WeatherBug. One of the more disappointing applications that came with the original iPhone was the weather application, which was basically good for telling you what the exact temperature was outside, but had no forecasting or better information. WeatherBug has all that and then some.

4. LiveSportz. Similar to the in-game Web application on the ESPN site, LiveSportz has continually updating play-by-plays of any game in progress.

5. Twittelator. This application lets you post to Twitter — which, if you don’t know, is a “micro-blogging” site that lets you keep your friends updated whenever you see something funny, want to pass along a photo or Web link, or make a sandwich or whatever. By the way, you should all be on Twitter. Go sign up now.

6. Movies.app. One of the most simple, yet fun, applications, Movies.app lets you search for movies playing near you, sort by theater, and even watch trailers directly on your phone.

7. SportsTap. Somewhat similar to LiveSportz, this gives you constant updates on games in progress. Very simple screen makes it easy to follow.

8. iPhone Baseball. Probably the nerdiest thing on my iPhone, the iPhone Baseball application has statistics for every single professional baseball team and player dating back to the very beginnings of the sport. Want to know how many double plays Keith Hernandez grounded into in 1977? It’s all right here. (He grounded into 17, by the way, but he played in a remarkable 161 games). 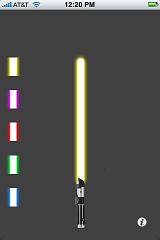 9. PhoneSaber. OK so the baseball thing isn’t the nerdiest thing on my phone. This application makes Star Wars-style lightsaber noises when you swing your phone around. This will show those jackass wookies at the convention who’s boss…

10. iPint. This is a short game that also makes your phone look like a full beer. Then the beer empties when you “drink” it. This has no real-world relevance at all.

11. Yelp. The popular food and services rating site, formatted for your screen. Great for when you’re in an unfamiliar part of town and desperately want lobster bisque.

12. YPMobile. The Yellowpages.com application. Haven’t used it much, but it looks great.

13. AOL Radio and Pandora radio. Two popular Internet radio stations, customized for the iPhone. What’s neat about this is that I can just select a station and plug it into my Bose dock at home and discover new music while I polish my many gold medals and trophies (“World’s Number One Grandson!” is a favorite).

14. Jott. I haven’t gotten around to using it yet, but Jott is one of the most buzz-inducing apps out there. Basically it turns your phone into a voice recorder — and then translates your recordings into notes and emails them to you. Perfect for when you’re me and you get another brilliant idea.

So there you have it. Basically these applications turn the iPhone from a phone/iPod into a phone/iPod/blogging device/radio/complete waste of time. Now, if you’ll excuse me, this lightsaber is itchin’ to lance some Sith. 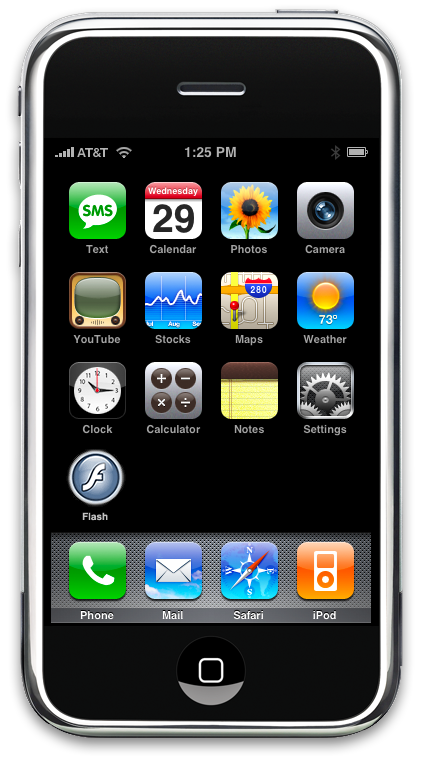 What are you looking at?

It’s the weekend, we usually don’t post on weekends.

It’s not the weekend?

Then why am I home, watching the This Week in Tech live marathon coverage of the launch of the new iPhone?

Because I’m a dork?

An Evening with Rthrtha — The Octopus Project
Backwoods — Red Hot Chillipeppers
Long and Winding Road — The Beatles
The Real Me — The Who
Devil in the Water — Matt Pond PA
We Will Become Silhouettes — The Postal Service
Gettin’ Hip — Otis Redding
The Four of Us Are Dying — Nine Inch Nails
Dirt Off Your Shoulders — Jay-Z and DJ Danger Mouse
Diamond, Live at Guilford 4 — Supergrass

The Rules: The Friday Random 10 is exactly that — random. We open up our iTunes, set the thing on shuffle, and listen to 10 songs. We are not permitted to skip any out of embarrassment or fear of redundancy. Commenters are encouraged to post their own.

One phone to rule the world

Here’s one to warm the cockles of Pax Arcana’s cold, northern heart. The Old Grey Lady sez we should gird ourselves for an invasion of über-connected Vikings armed with the latest in portable phone technology that doesn’t really work all that great as a phone:

Ireland, you have been warned. 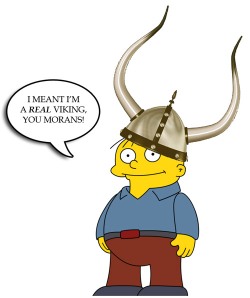 Have you guys heard about the iPhone yet?

The swirling Maelstrom of sycophantic Jobs-knobbing hype surrounding the iPhone began in earnest around this time last year, when Apple announced the phone at MacWorld 2007.

Since then the phone has gone from coolest geek gadget on the block to ubiquitous annoying hipster accessory to widely accepted phenomenon. We get ours next week, unless MacWorld 2008 reveals a better version to come in the Spring.

Wired has a long story today about the iPhone’s impact on the global cell phone market. Far from a slobbering profile of the device, the article instead focuses on the iPhone’s major success: The phone itself is driving sales, which in turn has convinced other carriers to expect more from phone makers:

But as important as the iPhone has been to the fortunes of Apple and AT&T, its real impact is on the structure of the $11 billion-a-year US mobile phone industry. For decades, wireless carriers have treated manufacturers like serfs, using access to their networks as leverage to dictate what phones will get made, how much they will cost, and what features will be available on them. Handsets were viewed largely as cheap, disposable lures, massively subsidized to snare subscribers and lock them into using the carriers’ proprietary services. But the iPhone upsets that balance of power. Carriers are learning that the right phone — even a pricey one — can win customers and bring in revenue. Now, in the pursuit of an Apple-like contract, every manufacturer is racing to create a phone that consumers will love, instead of one that the carriers approve of. “The iPhone is already changing the way carriers and manufacturers behave,” says Michael Olson, a securities analyst at Piper Jaffray.

The Untold Story: How the iPhone Blew Up the Wireless Industry [Wired]