We have a new suspect (Who Shot Plaxico?)

It’s been four days since Plaxico Burress was shot in the thigh, and we still don’t know who the real shooter is. The media and several eyewitnesses still insist it was Burress himself who pulled the trigger, but it is becoming increasing apparent that the “official” story is more full of holes than the voodoo doll I made of Father Scott after his weak-ass fantasy football team beat mine a few weeks ago.

First, we identified five possible culprits who had the motive and opportunity to commit thighicide against Plaxico. Then we investigated the telling silence from casual dining chain Applebee’s — where Plaxico told doctors he suffered the injury.

Now, thanks to Plaxico’s lawyer, we have another clue:

Defense lawyer Benjamin Brafman argued for no bail, saying: “He has 35 million reasons to come back to court” — referring to Burress’ $35 million contract with the Giants.

Every good journalist knows that when confronted with a story of seemingly impenetrable complexity, the best way to find the truth is to follow the money.

1. The Giants, who are tired of being upstaged by Plaxico’s many, many charitable deeds, are on the hook for $35 million if Plaxico plays out the rest of his contract.

2. Plaxico’s current team, the New York Giants, is owned by the Mara family.

3. Plaxico’s former team, the Pittsburgh Steelers, is owned by the Rooney family. 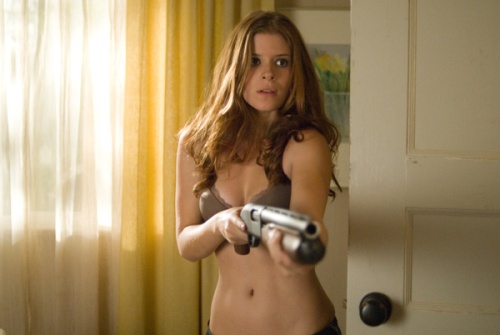 I think you see where I’m going with this. Unless I see proof that Kate Mara was not, in fact, in shooting range of Plaxico’s thigh on Friday night, I consider this investigation open.

I know what you’re thinking. You’re thinking I concocted a ridiculous theory just to have an excuse to post a picture of Kate Mara in her bra. I say you are awfully touchy about this, my friend. Sounds like someone might be getting closer to the truth, huh? You’re not the only one who can play these mind games, pal. 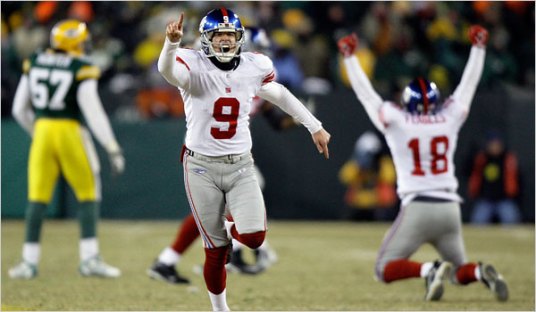 So a team with an unproven QB, a bend-don’t-break defense, and a cantankerous coach marches through the playoffs against heavy favorites in every game — only to square off against an “unbeatable” opponent on neutral turf in the Super Bowl. Sound familiar?

I’m not saying it’s going to happen. I’m just saying it could.

And, I think football fans the world over should thank the New York Giants for sparing us two weeks of obsequious Favre-licking from every brain-dead stuffed suit on the teevee.

Take it away, Eli:

Added: The NY Post likes (to steal) our headline.

Pax Arcana was vindicated last week as the Giants dismantled the clearly inferior Tampa Bay Buccaneers — despite the fact that almost every so-called “expert” picked them to lose.

This week the pro sports punditocracy has flipped the script, and we find ourselves cringing that the fave upset pick of the week is G-men over Dallas. Frankly, we don’t see it happening. Not with all those weapons Dallas has on offense (the repugnant T.O. has surely loaded up on HGH to cure his “high ankle sprain,” just like he miraculously healed from a broken leg to play in the Superbowl a few years back).

But there is hope for Giants fans. No, we don’t mean Eli, who’s been great lately. Longtime Giants fans like Pax Arcana have seen a vision over the past few weeks that has made us rub our eyes and wonder if all we thought of ghosts and reincarnation was wrong.

We speak, of course, of Kevin Boss, the sure-handed behemoth tight end who is as difficult to tackle as any Giants pass catcher since a soft-spoken brute named Mark Bavaro roamed the Meadowlands turf two decades ago. Jeremy who? 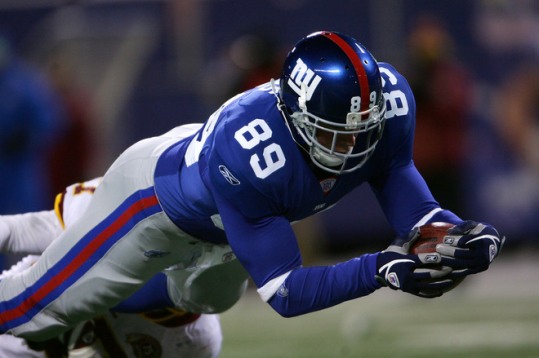 Dallas fans pray to Jeebus. We pray to the Boss.

* The Rules: The Friday Random 10 is exactly that — random. We open up our iTunes, set the thing on shuffle, and listen to 10 songs. We are not permitted to skip any out of embarrassment or fear of redundancy. Commenters are welcome to post their own.