You can’t sing because your brain is defective 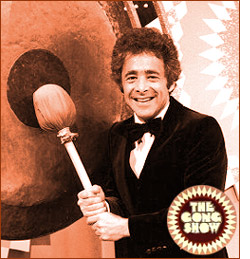 Singing has been a cornerstone of almost every human society for the last million years or so. It is a practice so well established that many believe singing is an instinctive, and not learned, behavior.

But if that’s true, what’s up with people who just can’t sing? I’m not talking about people with scratchy voices or old-lady vibratos — I’m talking about those people who couldn’t carry a tune if it were in a box with handles. The people who derail the Happy Birthday song with their caterwauling.

According to the most recent Journal of Neuroscience (you should see the latest amygdala centerfold), people who really, really can’t sing were born with a particular defect in their brains — between the right temporal and frontal lobes:

This region, a neural “highway” called the arcuate fasciculus, is known to be involved in linking music and language perception with vocal production.The arcuate fasciculus was smaller in volume and had a lower fiber count in the tone-deaf individuals. More notably, the superior branch of the arcuate fasciculus in the right hemisphere could not be detected in the tone-deaf individuals. The researchers speculated that this could mean the branch is missing entirely, or is so abnormally deformed that it appears invisible to even the most advanced neuroimaging methods.

So basically they’re saying that Cindy Crawford was brain damaged in that perfume commercial she made in the 1990s.

I’m skeptical. I mean, just because people are bad singers doesn’t necessarily mean they are mental defectives, right? Take this group of Dutch Idol cast-offs that were asked to sing in front of a soccer stadium full of people. Would you suspect that any of these people were born with parts of their brains missing?